Sports, for People Who Kind of Hate Sports is a weekly guide intended to provide the sports inept with talking points for interactions with professional superiors, chatty Uber drivers, significant other’s male relatives and other athletically inclined associates.

Kevin Durant and Russell Westbrook got in👏 to 👏 it on Wednesday. Spoiler alert: there was almost a squad-on-squad showdown, sideline bullying ft. Steph Curry, and that weird forehead thing athletes do when they’re about to go at it. Just makeout already, right?! Anyway, it appears this is just the latest in a long history of drama from these two, and you can get a full rundown here.

The Capitals defeated the Senators on Wednesday in a 5-2 victory. That said, the home team is still struggling to stay in the upper half of the rankings so far this season. Who’s doing it right? In what seems like a surprise to many, the newly minted The Golden Knights, who have kept a 6-1-0 rating after five games.
Big game to discuss with your sister’s Canadian boyfriend: Western conference leaders the Predators vs. the Blues, Friday at 8 p.m.

I dug up this NYT long read from a month ago about Colin Kaepernick, which describes him as the “most polarizing figure in sports.” Looks like Jerry Jones is coming in hot for that title now, but there’s no denying CK made a big splash in the NFL this season. I think you’ll appreciate the non-biased stance this article takes regardless of where your knees fall (or don’t fall) on the field.
Fun fact: Colin Kapernick is only 29. Am I the only one who assumes every professional football player is, like, eternally 34?!

Donchakno: the Vikings are riding out a pretty lofty rankings hike.  Like tater tots in some mayonnaise-based casserole, the Minnesota Vikings are making the Midwest proud as they seep their way through the upper crust of the league’s power rankings. Many are attributing this steady rise to Case Keenum, who ESPN has ranked the best in getting blitzed this season. No idea what that means, either? Then keep reading for our…

Sports Word of the Week

Blitz (n): the term blitz literally translates to ‘lightning’ in German. Blitzing is a tactic used by the defense to disrupt pass attempts by the offense. During a blitz, a higher than usual number of defensive players will rush the opposing quarterback, to try to tackle the quarterback or force them to hurry their pass attempt.

Despite the Packers’ win against the Steelers in the 2010 Superbowl, predictions are looking a lot less “Go Pack Go” and a lot more “Go Pack No” here in 2017. Steelers’ QB Ben Rothelisberger putting on a pretty firey show this season, and the team is currently ranked first in the AFC.

Who’s On Our Roster

Nursing a broken collarbone and broken heart this season, Aaron Rodgers perpetual deer-in-headlights, my-girlfriend-just-found-my-browser-history stare is certainly looking a little more depressed than usual. That said, Rodgers can still take solace in the fact he didn’t have to resort to the Bachelor to find love (yet), unlike his brother. 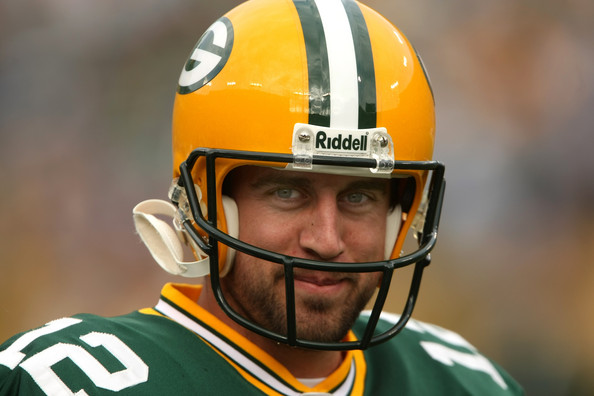 If things don’t work out, I’m sure your future sister-in-law‘s career of selling things on Instagram can float the fam for at least a little bit. Here’s wishing you a speedy recovering, AR, and hopes your next B-list celebrity girlfriend lets you hang out with your kind-of embarrassing family more than once a year.

Per usual, we have some of the best looks in the game to rock while you pretend to watch the actual game. Enjoy! And, as always, click the graphic to shop.

In the Stands at Lambeau Field

In the Stands at Heinz Field

Out in East Town

Out in South Side

In the Green Bay Suite

In the Steelers Suite