The cherry blossoms are allegedly blooming this weekend, which, apparently, is a horticultural phenomenon ripe with controversy. I can think of about 9,000 other controversial topics our time may be better spent pondering, but I suppose in a city of nerds, peaking early is something with which we are not accustomed. 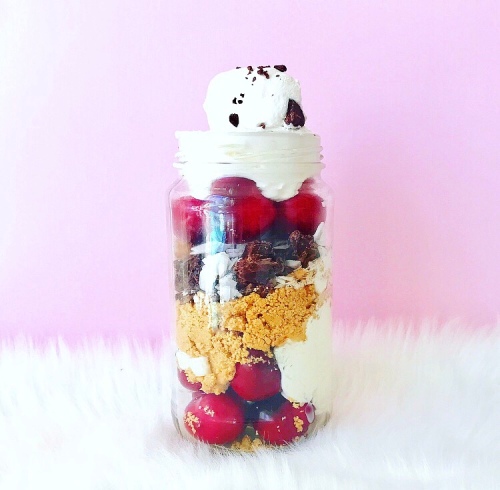 For our intents and purpose, an early bloom is great, because we now have a few more weeks to enjoy this booze-infused cherry layer tart without the Memorial Day Weekend calendar square peering over us judgmentally. So, pull up a seat and prepare for a layered dessert that brings a tidal of flavor (with no trip to the Tidal Basin required.)

1/2 cup of fresh or frozen cherries.

One cup of heavy cream.

One or two tablespoons of Maraska Maraschino Cherry Liqueur.

Two dark chocolate Hershey’s bars. (Three if you know you’re probably going to eat one on the way home.)

Start by beating 1 cup heavy cream in a large mixing bowl until ~*soft peaks*~ form with a stand mixer, a hand mixer, or your arm and a whisk if you’re looking to add an element of drama.

Add a generous tablespoon of Maraska Maraschino Cherry Liqueur and gently fold in and taste. Feel free to add more liquor if you like, party girl, but only if you plan on enjoying it in bed — this stuff is strong! 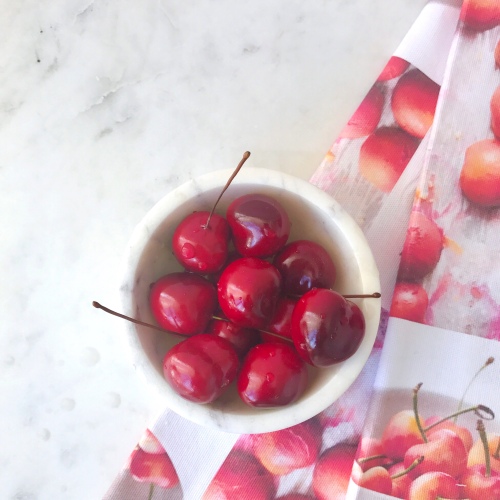 Once your frozen cherries are thawed, combine your cherry pie filling and halved cherries together. You should prepare about a cup and half. Bonus points if you let your cherries soak in liquor overnight! (Apparently, rum is the best for this.)

After that’s finished, put your Hershey’s bars in a Ziplock bag and crush them into pieces with something heavy. Again, you could just buy pre-made dark chocolate morsels, but I like to ham up the drama when I cook so I can use my hard work as leverage against my boyfriend during our next argument.

While you’re at it, smash up that pie crust, too. From there, put the chocolate morsels, broken-up pie crust, and shredded coconut into a Pam-sprayed pan and heat on low until the chocolate gets gooey.

While that’s cooking, start by adding a bottom layer of cherry mix to the jar.

Next, add your boozy whipped cream, which can be transferred by spoon or turkey baster if you’re concerned about #aesthetics.

From there, add your warmed pie crumbled-chocolate-coconut concoction as the next layer.

Repeat the process until your jar is full. Feel free to take some creative liberties on the proportions of the layers — there’s literally nothing that isn’t delicious in this dessert. A bigger mason jar will hold about six or seven layers, and this recipe makes enough for two jars.

Nuke your masterpiece for 10-20 seconds, top it with some leftover chocolate or coconut, and enjoy something cherry in the comfort of your very own, tourist-free home.

Do you find grocery stores more emotionally exhausting than a Real Housewives reunion, too? Try an AmazonFresh Free Trial 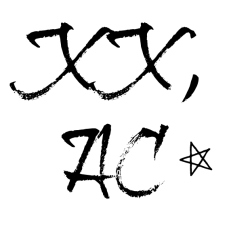