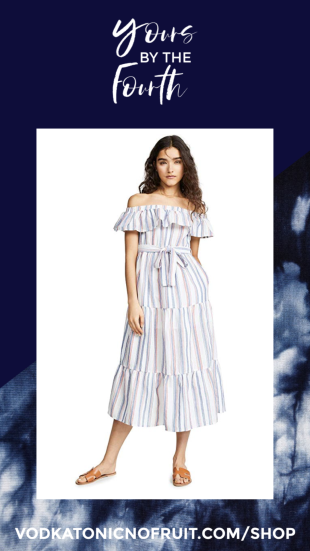 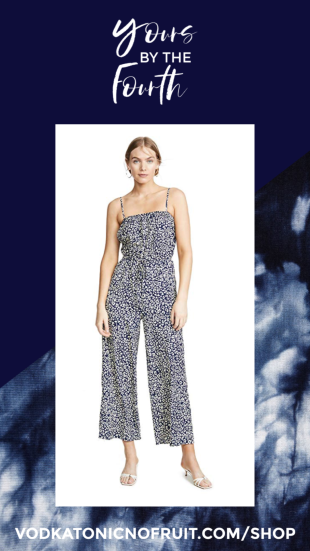 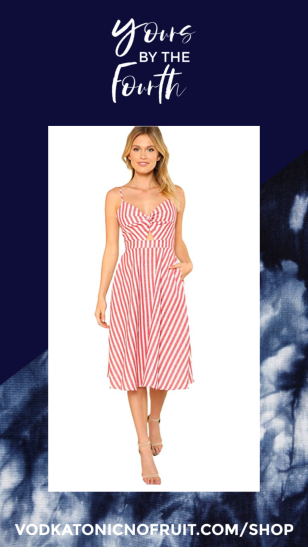 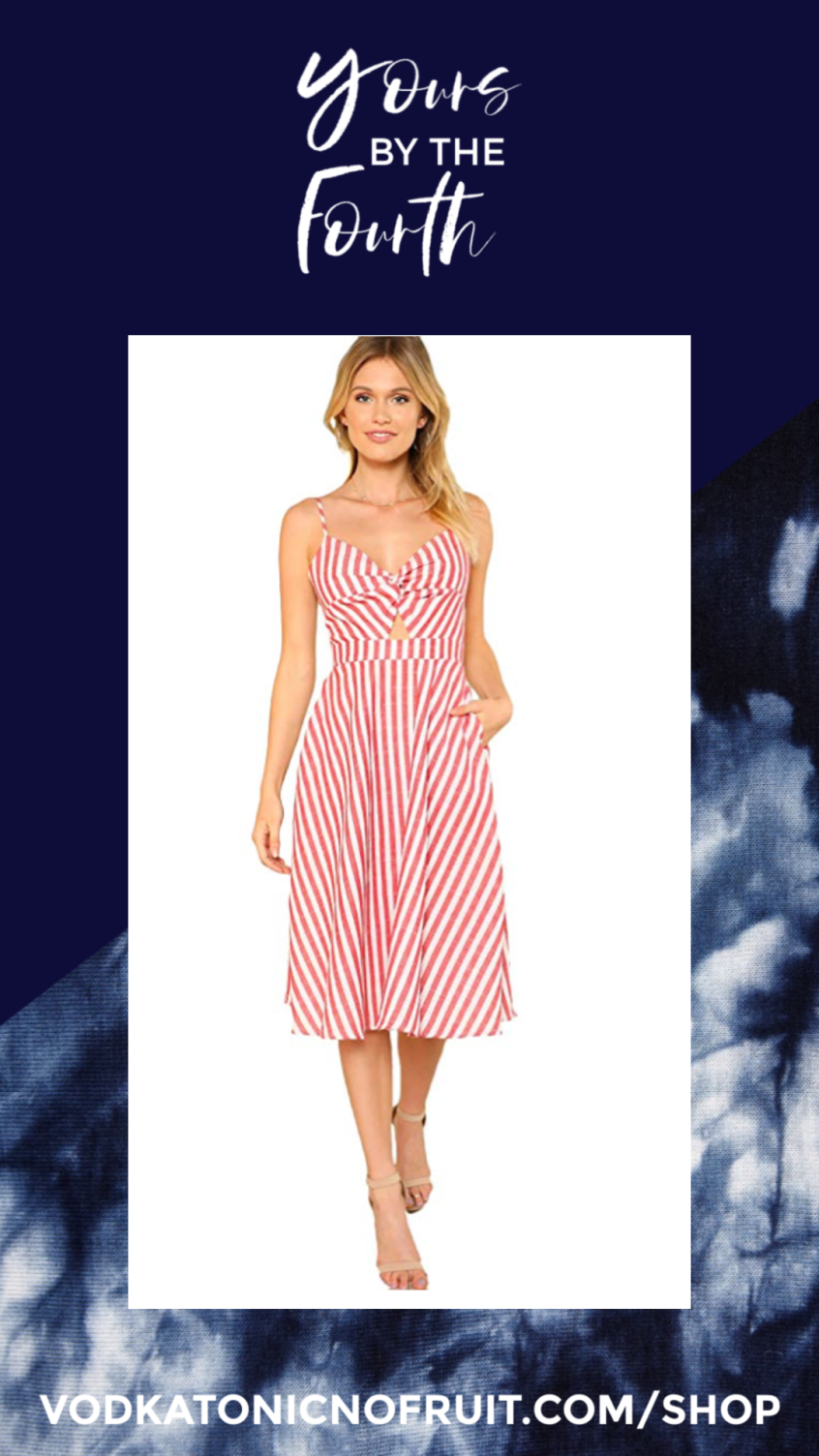 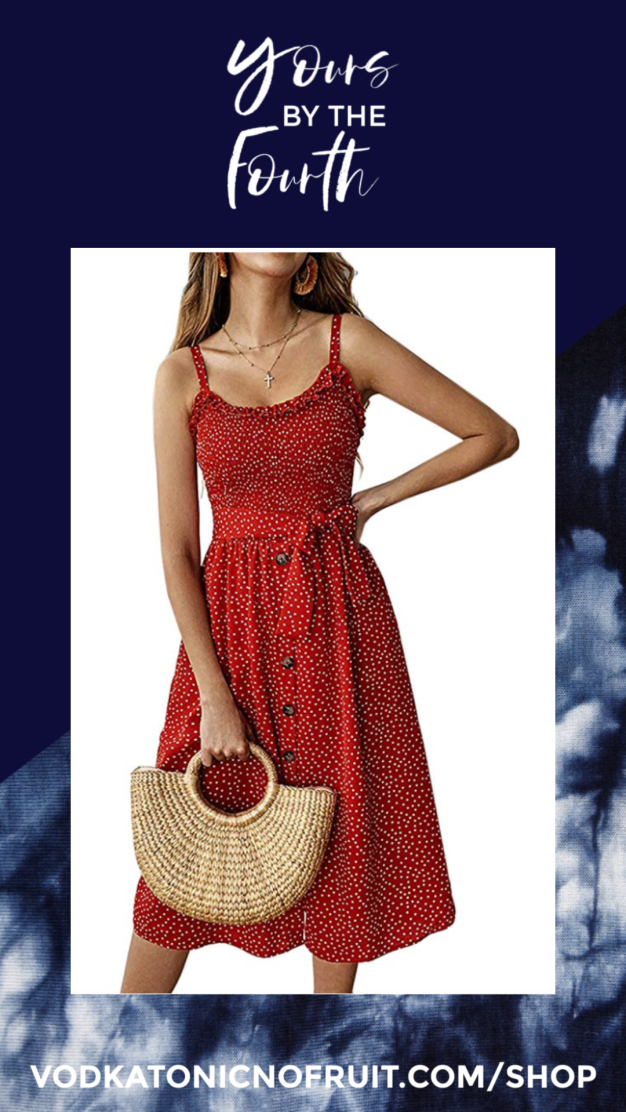 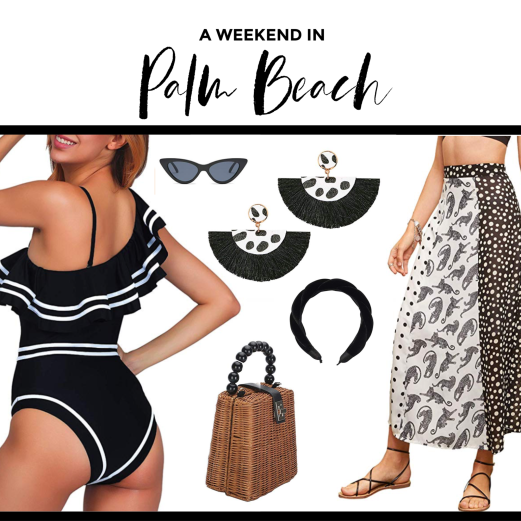 1. A COZY CASHMERE WRAP FOR CHURCH CEREMONIES OR OUTDOOR RECEPTIONS THAT MAY COOL OFF AT NIGHT

2. A PAIR OF PORTABLE BALLET FLATS FOR CEREMONIES OR SAND, GRASS, OR MUD

SHOP THEM HERE FOR LESS THAN $50

3. NO-SLIP STICKERS FOR YOUR DANCIN’ SHOES I’ll be the first to say that I LOVE Bandier. The loud colors, the bold prints, and the intense pang of anxiety I feel every time I see a Georgetown student bounce out of SoulCycle wearing a matching set worth more than my car has been a welcome addition to my Instagram and IRL feed.

The aesthetic this high-end athleisure collective has curated provides a maximalist response to the Goop-promoted “neutrals or GTFO” approach to workout wear. It’s a fitness wardrobe that I’ve really come to appreciate…on Instagram. That’s because in order to be a daily #BandierBabe one must be willing to invest at least one-third of their monthly earnings into buying brightly colored hoodies you will likely wear in 10-minute increments (from car to yoga, from yoga to car.)

I definitely understand the idea that workout clothing is worth investing in. As someone with weird bodily proportions, my first Lululemon leggings were a straight-up game changer. That said, companies like Bandier are marketing an aspiration as much as they are quality, well-made clothes, and it’s not exactly impossible to replicate. In fact, my inspiration for this post came from a run-in with a retro-inspired hoody at Wal Mart that — apart from the giant “~Peace and Love!~” overlay on the back — definitely could have passed the #BandierBabe test with flying colors.

Turns out, there’s actually not a lot that physically separates the high-end designer products on Bandier and the God-only-knows-where-this-was-made finds on Shein, etc. Most leggings are made of a combination of spandex and polyester (the proportions vary) and the other gear is made up of a combination of cotton and spandex. I did notice that the cheaper brands did sub in nylon in place of spandex or polyester for certain pieces, but it doesn’t look like there’s a big difference there, either. Obviously, higher end stuff comes with its list of benefits: more consistent sizing, durable stitching, and better for washing/drying. Whether it’s worth paying 4-6x as much is up to you. As I said, I will gladly fork over a lesser-used organ for high-quality leggings. But a cropped hoody? Catch me in the bottom of the internet’s metaphorical bargain bin for that one.

Take one scroll through the Bandier or Outdoor Voices Instagram and you’ll start to catch the vibe: bright colors, fluid, non-committal poses, lots of $$$$. And again, if you’re someone who likes to invest in your workout gear, then that’s great! But, if you’re a fairweather gym member who loves to get the #LookForLess, then follow me. I can’t drag you to your hot yoga class, but I can make sure you look as a good as a 20-year-old GW student who gets 500 likes on every Instagram post when you show up. Godspeed! You’ve probably noticed by now that I’ve recently procured a fur vest. Since receiving, I’ve laughed in my vest, cried in my vest, wiped my nose on my vest (post aforementioned crying), shoveled snow in my vest, slugged oysters in my vest, and, perhaps most outrageously, paired my vest with a plaid blazer (see below.)

SHOP MY BLAZER // SHOP MY EARRINGS

I’ve had “vest I can pet” on my shopping list for a few winters now, but it was hard for me to justify a purchase of this sort. It felt like a luxury that, while useful during the colder months, would not offer much versatility. I stand corrected. So far, I’ve ventured far beyond the black turtleneck I originally thought I would be limited to, and I have a feeling there will be more where that came from. From candle lighting to “last call” lighting, I love the  texture and warmth this piece adds to a time of year that is markedly uninspired (sartorially and otherwise.) 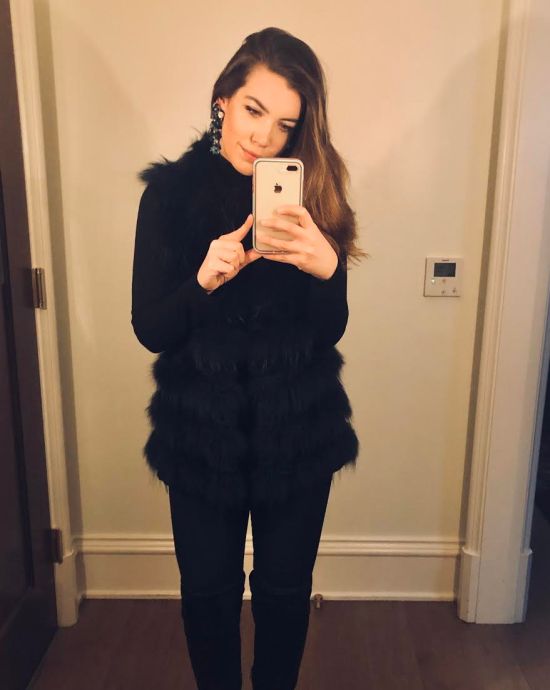 SHOP MY EARRINGS // SHOP MY BOOTS

I found my vest on The Real Real, and as you can see, I made the right choice. That said,  I was a little disappointed to find it was made of rabbit fur (I’ve noticed it’s hard to get material details on a lot of items from TRR.) Although I am a failed vegan many times over, I do prefer to wear faux fur (mostly by virtue of being poor, but also by virtue of liking rabbits.) Unfortunately, I couldn’t bring myself to return the vest my dreams are made of, instead opting to live in near-constant fear of getting powdered by PETA and their many vigilantes.

Below, I’ve linked a lookalike version of my fur vest, along with a few other faux fur vest options (customer review approved!) that I absolutely love. That said, if you are in the market for real fur, I recommend Pologeorgis — they have fabulous items at many different price points. 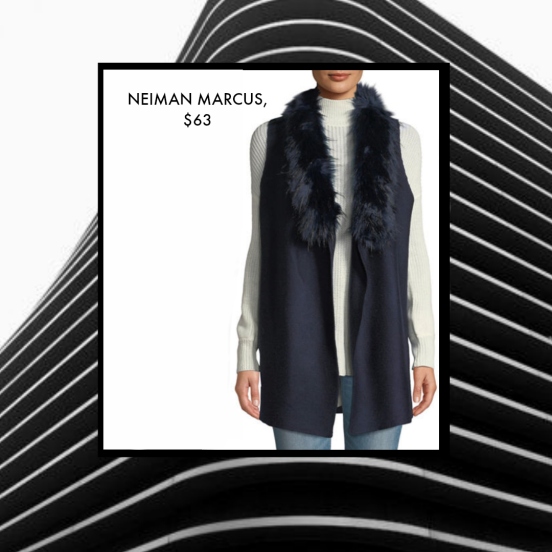 THE SONGBIRD BY BIRDIES VS. AMAZON

SOMETHING NAVY SLIDES (PRE-LAUNCH) VS. AMAZON

ALEXANDRE VAULTHIER VS. SOMETHING NAVY

(SOLD OUT!) PHOEBES BY BIRDIE VS. AMAZON

VTNF’s most clicked, most liked, and most LOVED of 2018. I hope you enjoy!

15 Ways to Maximize Sales on Poshmark

This is my most-viewed post every single month. Do you guys want to see some tips for shopping on Poshmark, too?!

Framing Things with Sarah B. Keating 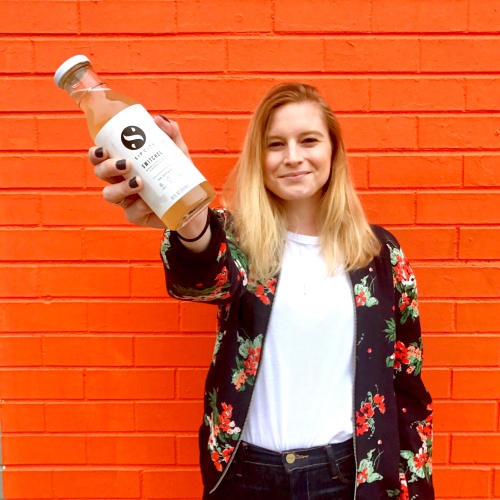 In similar fashion, this exact picture turned up on signs all over Whole Foods a few months after this went live! YAS, Sip City! Am I the Nostradamus of the blogging world or WHAT?! 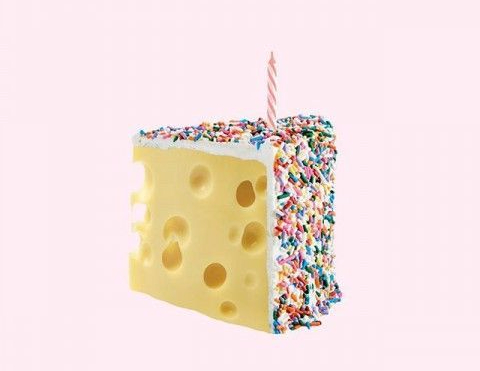 Update: I’ve caved (a little) and started adding in  goat cheese, Bleu cheese, and some higher-end hard cheeses. Also working on a post to discuss what else I gave up to 2018: EGGS!

TBH this is how my seasonal depression manifested itself this year but I’m glad you guys were there to commiserate. #SelfCare

An Ode to Wearable Blankets

In December, I hopped back on the blogging saddle to celebrate my favorite accessory of all (and recommend a few looks, of course!)

Loved working on this piece with one of my besties six months after Hurricane Maria.

Prime Find: this Top is Probably, Definitely From Amazon 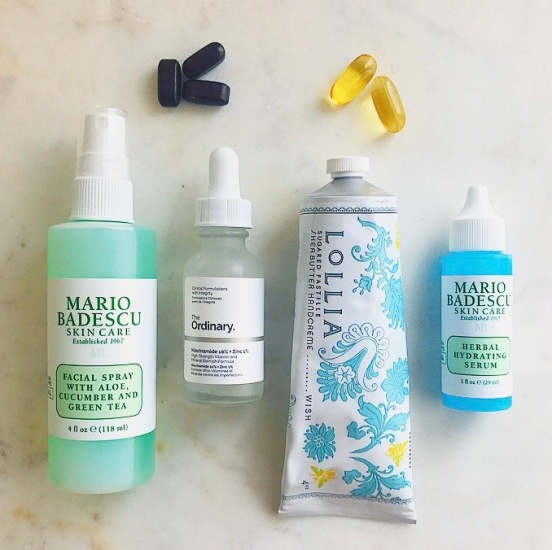 For when your complexion is literally about to crack.

V happy my first trip to the left coast and corresponding lookbook made the cut! I absolutely loved this trip and can’t wait to return in 2019.

The winter getaway. A time-honored, oft overdue escape into a separate existence known for instilling so much joy that the impending flight home seems optional at best. While I do recommend everyone try flying south at least once during the cold, dark, temperature-based punishment for all summer sins known collectively as “winter,” prepare yourselves for the rebound — I have not left bed for the last twenty-four hours, instead choosing to stare despondently at my desktop background that I think is Antigua.

That said, there are some things one should consider when escaping snow flurries for sea foam. I’ve outlined them below.

Your skin. Your dry, frozen-solid skin may not get the memo you’ve upgraded your surroundings significantly. To prevent the sun from drying it out even more, I recommend my go-to SPF moisturizer

by Murad, and Juice Beauty serum for added oomph and an undeniably dewy glow. Check out my full guide to winter skin care here.

The weather. It’s easy to become so entranced with the idea of sun and sand that you forget that even the Caribbean can become chilly at night. For this, I recommend a soft, cashmere wrap or easy-to-pair jean jacket. If you need some inspiration, check out my ode to blanket scarves here.

The circumstances. If traveling for a wedding, consider day-of apparel may require something beyond a sundress. My recommendation? A long-sleeve midi dress and slides — easy to wear, universally flattering, and flexible should a sand-based ceremony require you to go barefoot before the reception.

So, without further ado, here is my winter getaway lookbook beaming in from Naples, Florida! I absolutely loved Naples — the dining was great, the ocean was beautiful, and the palm trees provided an endless supply of Instagram story backdrops that I’m sure didn’t get old once! It reminded me a lot of Newport Beach (see my West Coast Lookbook here) except Florida always strikes me a California’s less intellectual, more fun little sister. And, despite the fact I spotted a venomous frog, shark, and herd of wild raccoons within the same hour, I can’t wait to go back. 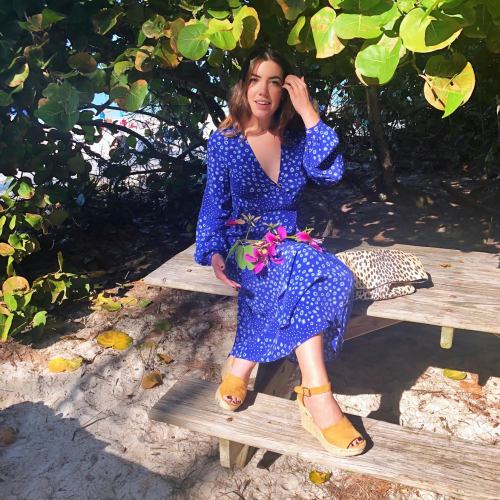 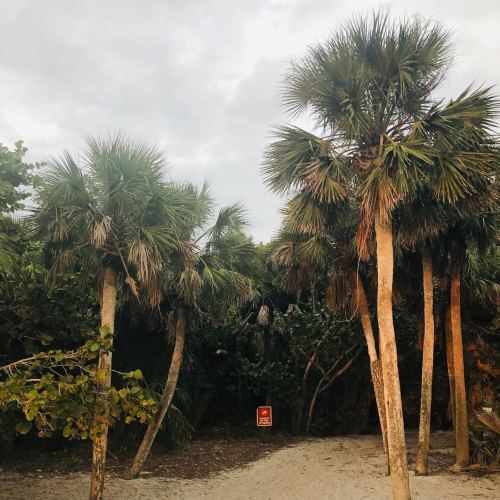 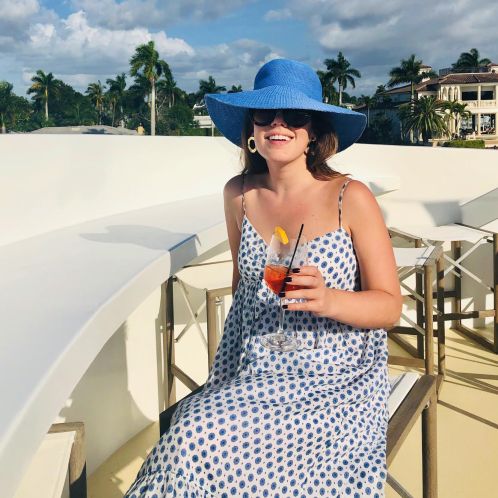 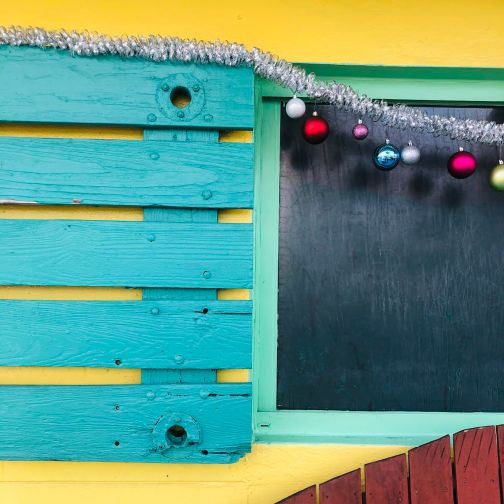 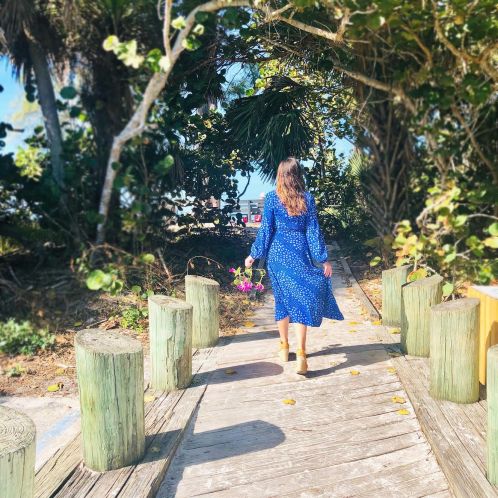 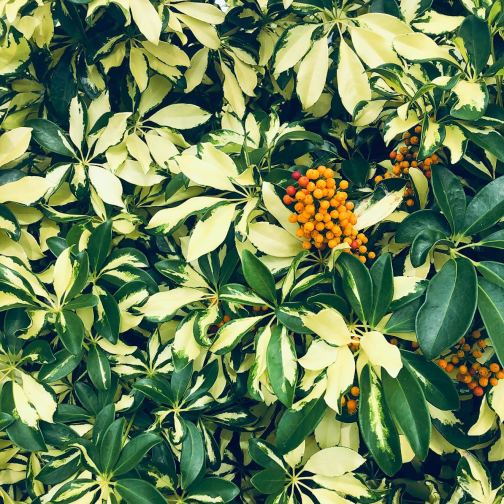 If you know me you know that I am often wrapped in some sort of woolen, “cashmere inspired” synthetic fabric popularized by many retailers as the “wrap,” “stole,” or, my personal favorite, “blanket scarf.” A piece that begs the question; “Am I supposed to make a statement or swaddle a baby with this?” the B.S. has truly become the breakout starlet among my collection of unnecessary things. 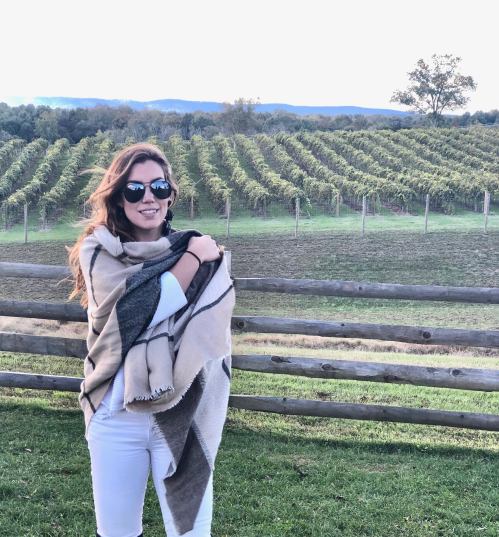 The first time I encountered a well-styled wearable blanket was in the fall of 2014. I, a broke 22-year-old nursing a three-month hangover after spending my 21st summer living in downtown Ocean City, spot her, a sophisticated late-twenty-something delicately sipping a glass of wine that did not come from a box, wrapped in a piece of cashmere heaven that could have been ripped from the tiny shoulders of Patron Saint Gwyneth of Goopness herself.

Let me break it down for you: black turtle neck, black (vegan?) leather jeggings, round diamond studs, plum-toned lip color, and, of course, a black cashmere wrap that brought the whole thing together. Her platinum blonde hair jumped off her understated ensemble, as if it was an accessory of its own, and her earrings reflected off of her wine glass in a way that said, “I am the crème brûlée of humans.” I know it may seem creepy that I remember this stranger’s outfit and appearance so vividly and emotionally, but I didn’t start a fashion blog because I hate clothes, ya know? It’s a look forever etched onto my mental Pinterest board.

It wasn’t long before I started to build out my own non-edible wrap collection, too. So, without further ado, I present you with the official timeline of my #blanketscarfjourney:

2015: My first-ever blanket scarf makes its sartorial debut in Dewey Beach. I, a #beachinsider (see above) am equipped with the knowledge that while sand radiates heat during the day, the temperature almost always drops drastically at night. Knowing that my tank top would be insufficient and a jacket would inevitably be left to start a new life at The Starboard, my blanket scarf proves to be a happy and efficient medium that fits neatly within the safety of my favorite crossbody.

2016: A now full-time member of the blanket scarf fan club, I find myself dramatically flipping my omnipresent extra layer over my shoulder for added emphasis during the year’s many, many dinner table debates. The benefits are truly limitless.

2017: After a long night at American Ice Company, my favorite wool blanket scarf is tragically left behind. When I return the next day to retrieve it, it is lodged under a back booth among approximately 243 beer cans, dropped chips from swatchos of yore, and all former members of Trump’s Presidential Cabinet. An immediate trip to the dry cleaners ensues, but my commitment to continuing life as a woolen human taco does not falter.

2018: I refuse to exit my home with no less than three blanket scarves and develop a cult-like following as the “giant, walking heap of knockoff cashmere” in many local publications. It’s a badge I wear with honor.

If my completely sane, healthy obsession with blanket scarves hasn’t convinced you that you need one, then I GIVE UP. But if it has, here are four looks you can pull together for the fashion black hole known as WINTER. 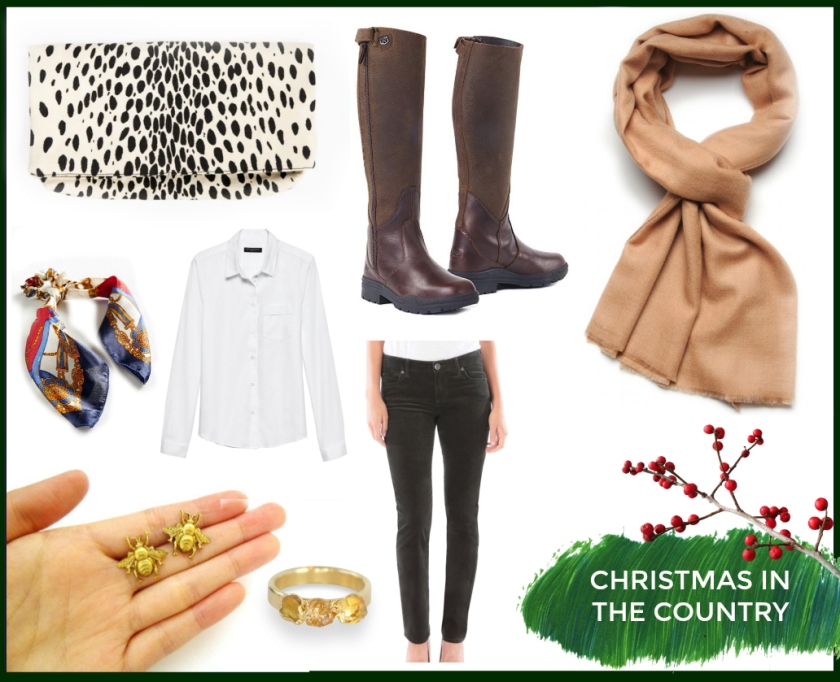 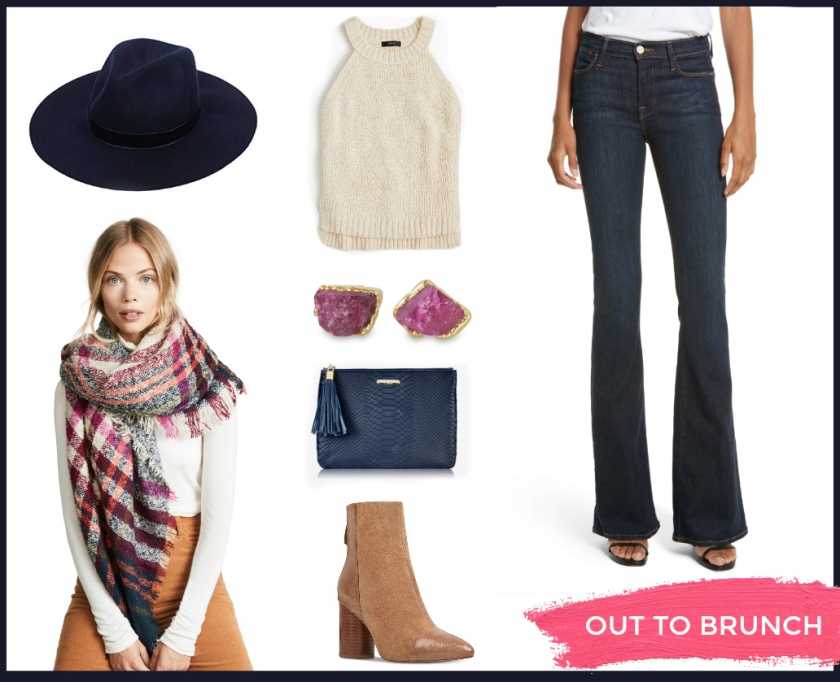 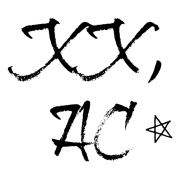